Plunder the tombs of the great Egyptian royal families - now in 3D!!

Yes, it's another 'mummy' game, and the concept had nothing to do with us thinking we could re-use our assets from the first game - particularly when we realised that most of them couldn't be re-used, what with that tricky extra dimension and all...

Fresh from his recent 2D outing, and faced with the likely economic ruin of an oncoming Brexit, our hero has turned a decided shade darker in this, his latest outing.

Released from his British Museum role due to "re-balancing of human capital", he found an outlet on the black market for the treasure of the great Pharaohs, he sold his Sam Coupé retro computer to fund a trip to Egypt, and he's off, plundering whatever isn't nailed down from the ancient tombs...

Travel round four sides of each 'tomb' to open; the blue path shows where you've already travelled.

For a more immersive experience, we recommend playing in full-screen and with headphones 🎧.

As always, we hope you enjoying playing this game as much as we enjoyed making it! 😊

Please follow weareroad and check out our other games (more coming soon...) and learn about new releases and updates!

Well job, simple but nice game congrats for it! <3

Thanks @Vitmaster01 - that's great feedback, and thanks for taking the time to play the game 👍

Yeesss new record!! i love it

Thanks for the second video featuring our games @spudcats - so cool! We really appreciate it 👍

Had fun with the first game so had to play your next game.

Whatever you come up with will probably be good or better than good  it will be more good. ( insert motivational quote here) and just do whatever you feel will be fun. 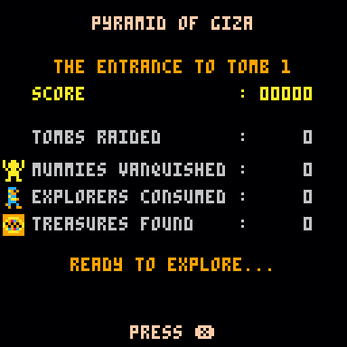 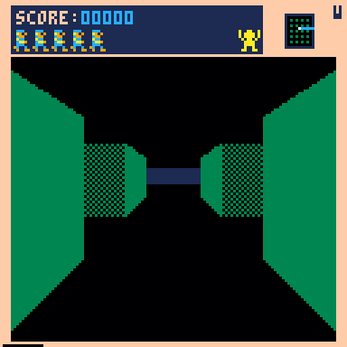 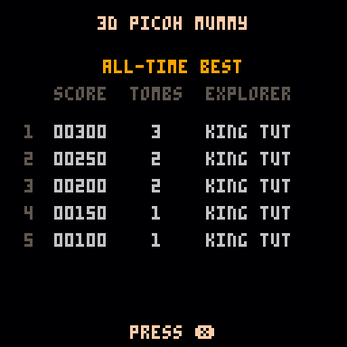